December Picks: The Movies and TV Shows You Can't Miss
a list of 18 images
updated 1 month ago
Create a list »

Search for "Cats" on Amazon.com 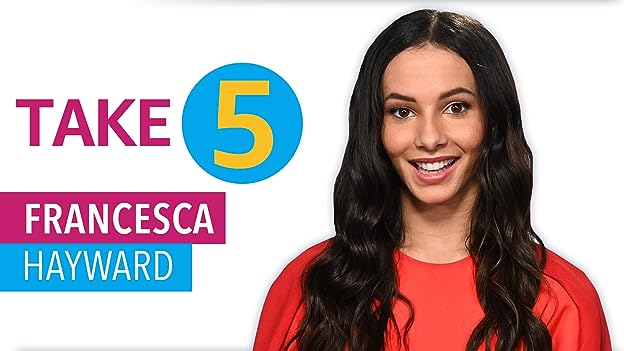 Anna, Elsa, Kristoff, Olaf and Sven leave Arendelle to travel to an ancient, autumn-bound forest of an enchanted land. They set out to find the origin of Elsa's powers in order to save their kingdom.

Maleficent and her goddaughter Aurora begin to question the complex family ties that bind them as they are pulled in different directions by impending nuptials, unexpected allies, and dark new forces at play.

A physician discovers that he can talk to animals.

When the world's best spy is turned into a pigeon, he must rely on his nerdy tech officer to save the world.

A woman leaves an Austrian convent to become a governess to the children of a Naval officer widower.

The March sisters live and grow in post-Civil War America.

Continuing the story of Max and his pet friends, following their secret lives after their owners leave them for work or school each day.

A kind-hearted street urchin and a power-hungry Grand Vizier vie for a magic lamp that has the power to make their deepest wishes come true.

After discovering he is a human, a man raised as an elf at the North Pole decides to travel to New York City to locate his real father.

A grumpy Grinch (Benedict Cumberbatch) plots to ruin Christmas for the village of Whoville.

An eight-year-old troublemaker must protect his house from a pair of burglars when he is accidentally left home alone by his family during Christmas vacation.

On the outskirts of Whoville lives a green, revenge-seeking Grinch who plans to ruin Christmas for all of the citizens of the town.

A tribe of cats called the Jellicles must decide yearly which one will ascend to the Heaviside Layer and come back to a new Jellicle life.

You will believe See more »

Rated PG for some rude and suggestive humor | See all certifications »

Multiple times during the movie the scale between the actors (cats) and scenery changes frequently. In the Jennyanydots scene she is at one point nearly as big as the kitchen counter, while the mice are tiny in comparison. See more »

The Universal Pictures, Working Title Films and Amblin Entertainment logos are seen at the beginning of the film itself, but never appear in the film's trailers/TV spots. See more »

An edited cut, with the use of Digital Cinema Package, will include improved VFX effects that will be downloaded onto a satellite server. Hard drives copies will be released at indie cinemas on Christmas Eve. See more »

Q: Is this film using live action, motion capture or animated?
Q: Is the cast singing live like it was in Les Miserables (2012)?
See more »

It's really not that bad once you close your eyes!
27 December 2019 | by azabeni – See all my reviews

You must never open them though. Otherwise you will never see your cat the same way again.